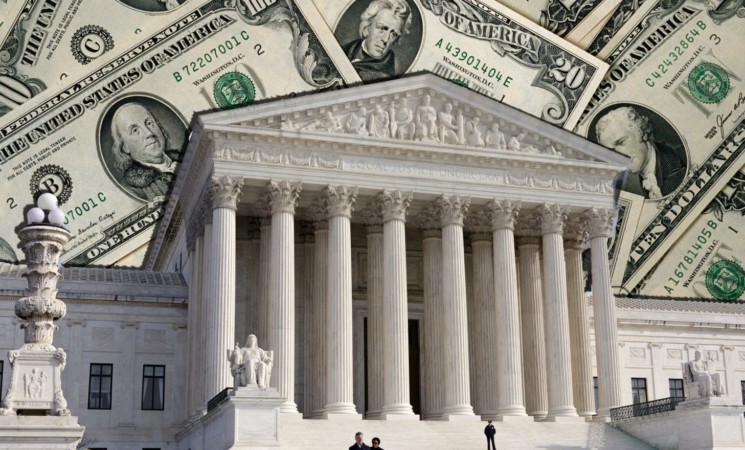 QUOTE OF NOTE FROM A NEWSPAPER

IN THE STRUGGLE FOR DECENCY

Justices Antonin Scalia and Clarence Thomas were the only two on the Supreme Court who supported the uncivilized conduct of prison guards involved in the beating of a prisoner, handcuffed by the wrists and shackled at the ankles, and already severely beaten.  His teeth were loosened, dental plate broken, lips burst, eye blacked.  He was kicked in the back.

This act committed by jailhouse guards occurred in front of other prisoners and other guard witnessing the mayhelm.

The New York Times, in an editorial titled "The Youngest, Cruelest Justice", wrote:

“Only four months after taking his oath as a Justice, Clarence Thomas finds himself rebuked by a seven-member majority of the Rehnquist Court for disregarding humane standards of decency.  The withering reprimand, included in the Supreme Court's majority opinion in a prison case Tuesday, is this.

“To deny, as the dissent does, the difference between punching a prisoner in the face and serving him unappetizing food is to ignore the concepts of dignity, civilized standards, humanity, and decency that animate the Eighth Amendment.

“The Eighth Amendment forbids cruel and unusual punishments.  Only Justices Thomas and Antonin Scalia refused to apply the 8th Amendment to the case of Keith Hudson, a Louisiana prisoner who was shackled and beaten by two guards while their supervisor watched, warning them only against having "too much fun.”?

Previous article Who Was Jim Crow? Next article QUOTE OF NOTE A Poignant Message from ROBERT McGLOTTEN, a Prominent Person: