BILL CLAY LOOKING BACK IN HISTORY 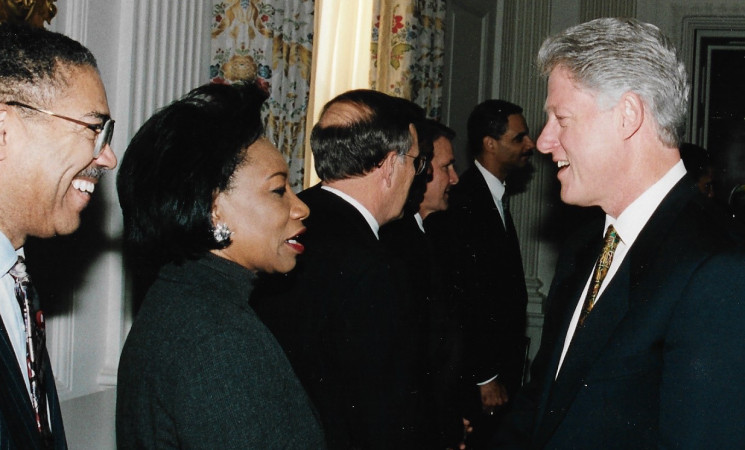 BILL CLAY LOOKING BACK IN HISTORY

A Voice, A Vision, A Megaphone in Speaking out for

A Politician with Many Contradictions

In this remarkable government career spanning 35 years, he refused to come face-to-face with a paradoxical conflict of duplicity in considering his stances on matters of race. Claiming abhorrence to all forms of injustice, he steadfastly opposed any specific proposal to ameliorate it. Throughout his distinguished career, he consistently opposed civil rights at every opportunity.

With all the opportunities George H.W. Bush inherited and achieved, his gravest deficiency earned him a place in the Racist House of Disgrace. In his glorious career, members of the black race were always put on an endangered species list. He was the classic southern gentleman who hated black folk with a passion but refused to admit it even to himself.

As legislator, administrator, and executive, he was a master-craftsman in cleverly masking hostility to equality. He never met a civil rights measure he could support without qualified reservation. Legislative initiatives and administrative dictums devised to alleviate oppressive conditions of segregation and discrimination were sufficiently flawed, in his opinion, to justify objecting to the remedy.

Previous article Why the BLACK LIVES MATTER is needed Next article BILL CLAY’S BITCH BOX: A Voice, A Vision, A Megaphone in Speaking out for Social, Political, and Economic Justice