James P. Beckworth a blackman who made a difference

Home Quotes James P. Beckworth a blackman who made a difference 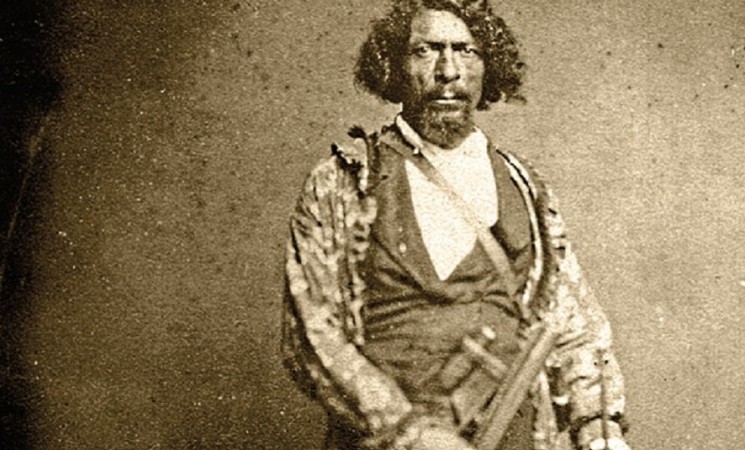 James P. Beckworth a blackman who made a difference

A famous trapper of Colorado's early days, James Pierson Beckworth was born in 1798 to a slave mother and Irish American plantation owner in Virginia. He grew up in St Louis, Missouri where he trained as an apprentice blacksmith in a firm owned by John Sutton and George Casner.  After a disagreement, he left in 1822 to see the country.  Becoming a fur trader and taking up residence with the Crow Indians, he learned to speak their language and eventually became their chief for a time.  Beckworth also learned several Indian dialects in addition to speaking fluent French and Spanish.

He led the Crow tribe on many warlike expeditions against the Cheyenne, Sioux, and other enemies.    After leaving the group, he served as an army scout and guide Before heading west to mine for gold. In 1850 he discovered a mountain pass in the Sierra Nevada Mountains of Colorado that bears his name, Beckworth Pass. It was used by many wagon trains as they traveled west. Around 1864 Beckworth returned to the Crow and two years later died at the age of 66.